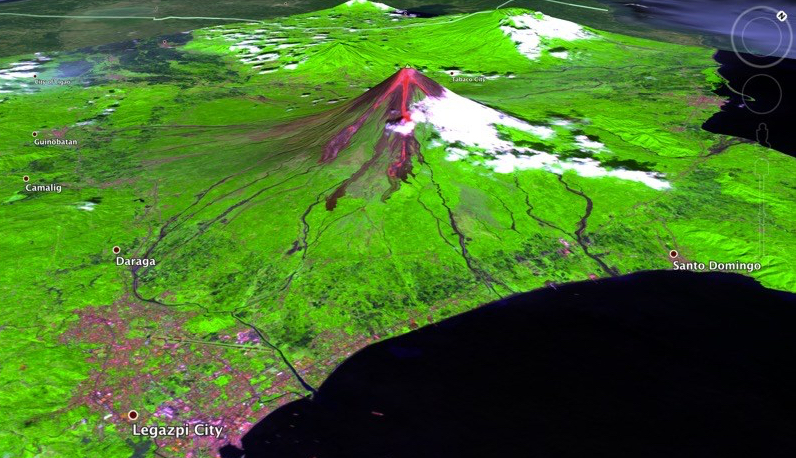 Although I’ve been to several volcanoes and have studied and worked on volcanic deposits before, this is the first time I’ve seen an eruption in person. I posted photos from our trip to Mayon, where we tried to document the eruption, or at least some of its eruption episodes. While it was a spectacular sight (I am an Earth science student after all), I had to put my excitement into perspective since a lot of people’s lives have been disrupted by the ongoing volcanic activity.

Since Mayon is a very active stratovolcano, there are numerous overlapping deposits within the volcano’s edifice. Some of those are already vegetated, as they were deposited a long time ago, while others are not, like the lava deposits from the 2006 eruption. Twelve years may seem like a long enough time, but in geologic time, this is a blink of eye.

Lava flows have a very distinct morphology, so I initially thought it would be relatively easy to distinguish the new lava deposits from the older ones. I was mistaken. As you can see from the satellite image below, the first one is a natural color composite I generated from a Sentinel-2 acquisition, the colors of the old deposits are almost the same with the new ones. Making it harder is the fact that the new lavas are flowing on top of some of the older deposits.

So to tell them apart, I used a different band combination, this time including the short wave infrared band (SWIR) available in the Sentinel-2 data. The second image is the resulting false color composite. We can see three distinctive reddish areas from the crater, which overlaps some of the older lava deposits. Since these new lava are still very hot, they emit more infrared radiation than the surrounding areas, that’s why they appear more distinct than the rest.

For sure, there are more refined methods to distinguish the different deposits. But for a quick look at where the new lava deposits are, I think this should be enough.

Now for the obligatory disclaimer:

These are for information purposes only. For official data and information regarding the status of the volcano, please consult PHIVOLCS and the appropriate government agencies.

Also, I’m not a volcanologist (yet).